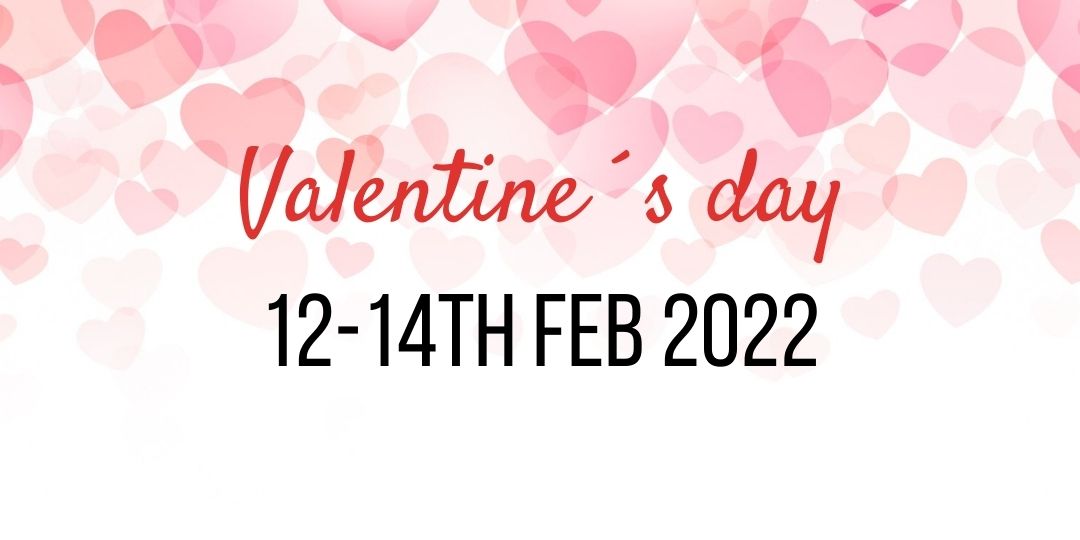 Every year we await the arrival of this day, the most romantic day of the year. Valentine´s Days occurs every February 14. Across the whole world, candy, flowers, cards, or gifts are exchanged between loved ones, in the name of St. Valentine.

But who is this mysterious saint called Valentine? And where did all these traditions come from? Keep reading to find out…

Let´s travel to the origins of Valentine´s Day

We must go back to Ancient Rome where around the end of the first fortnight of February Lupercalia was celebrated. It was a pastoral festival to purify the city.

On these pagan festivities, every year the Luperci were chosen among the most influent people of the society. The Luperci had to be teenagers who survived, during their initiation to adulthood, by hunting and lurking in the woods.

In a cave named Ruminal (in honour of Romulus and Remus) on mount Palatino, a macabre ritual was celebrated. In that ritual a goat was sacrificed. Later, the Luperci would go around the streets, naked, with strips made from the goat´s skin, whipping women who were willing to take part in the ritual on their hands and backs. It was a fertility and purification ritual also known as Februatio.

This ritual was not up to the standards of the Cristian values, but it was highly regarded in the society, so the Catholic church converted the ritual to Catholicism. It was the year A.D. 496 when Pope Gelasio forbid any pagan festivity or ritual, replacing the figure of Fauno Luperco for Saint Valentine.

But… Who was saint Valentine?

In the history of the Catholic church, there are a few saints named Valentine, all of them martyrs. The three Valentines who where aforementioned on the martyrology the 14th February are:

Valentine´s day around the world: curiosities!

This is a celebration that takes part in many countries around the world, but some countries have their own way or days to celebrate.

· Saudi Arabia: it was forbidden, as many other occidental traditions, until 2019. The prince Mohamed bin Salmán allowed this celebration to show himself as a modern leader.

· Bolivia: it´s called “the day of love and friendship”, it occurs the 21st of September instead 14th February. Since that day in 1879 was the Antofagasta invasion, that lead to the Pacific War.

· Brazil: the name of this festivity is “Día dos Namorados” and it´s celebrated on 12th June in honour of saint Antonio de Padua instead of February (month where Carnival takes place in Brazil).

· China: they already had Qi Qiao Jie (festival celebrating the meeting of the cowherd and weaver girl in mythology). Takes place the seventh day of the seventh month regarding the lunar calendar.

· Colombia: takes place the third Saturday of September since 1969.

· Denmark: instead of gifts, lovers send cards “Gaekkebrev” with funny rhymes and under a pseudonym (changing the vocals of the name by dots), if the recipient reveals the name of the lover, gets an Easter egg and a date.

And you… How do you celebrate Valentine´s Day?

For 2022, we have prepared a very special Valentine´s Gala dinner. We have different options for you to choose your perfect Valentine´s.

To begin with, we will have an amazing menu to satisfy the most demanding palates.

Option 1. 12th February. Dinner and dance: 49€. This choice is perfect for those couples that would like to taste our Valentine´s special menu and have a good time dancing.

Option 2. Dinner, dance, accommodation in double room with breakfast included: 100€. If you would like to rest in any of our cozy rooms and wake up on the beach front with an awesome breakfast, this is your choice.

All prices are per person. VAT included. Drinks not included.

If you would like more information or book your Valentine´s, don´t hesitate to call us to +34 965728340 or send us an e-mail to info@hotelmeridional.es